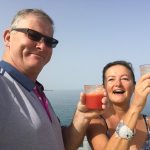 Feb 20-26th We had decided to extend our stay in Sicily by a day for the simple reason that the Tuesday was to be a brighter, sunnier day and the view from Castlemola the hilltop town even higher then Taormina was said to have spectacular views of Mt Etna. So we spent the rather dull Monday food shopping but also venturing slightly further along the coast on … END_OF_DOCUMENT_TOKEN_TO_BE_REPLACED 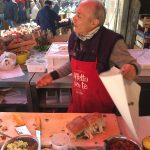 Our second full week in Sicily and we veer from loving it to hating it, so very Marmite. Negatives: The roads are simply the worst we have come across including many in Africa! Potholes like craters on the motorways. On top of that, their driving is beyond stupid, we have been unfortunate enough to come across three accidents during the week plus at least 10 near … END_OF_DOCUMENT_TOKEN_TO_BE_REPLACED 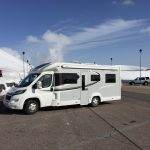 We stopped for 4 days at Marina de Ragusa allowing us to cycle every day. The real advantage of electric bikes coming back to the fore, as the towns are on top of hills. Though we are fitter after a year on the road we still like the assistance to help us along up the hills.  Our last run was to the town of Scicli, another Baroque town. The restaurants we had … END_OF_DOCUMENT_TOKEN_TO_BE_REPLACED 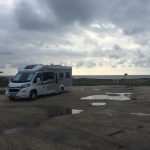 Tarmacers Required –Applications to  ‘Italy’. This is a full time position that could and will require several years of dedicated resurfacing in fact probably relaying work on the network of so called roads here in Italy. Experience is a must if only to undo the obviously previously inexperienced ‘patch-work’ done on most of the roads. Dedication, patience and … END_OF_DOCUMENT_TOKEN_TO_BE_REPLACED 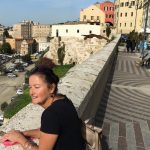 Having arrived in Sardinia on a very chaotic Grim Boat we left on a well-organised Trim one, we have to recommend Tirrenia Lines. However, enough about leaving, what does Sardinia hold for the winter motorhome adventurer? Though most things are closed and getting facilities can be an issue, you can overcome this with relative ease. Now we are on a new leg of our adventure and … END_OF_DOCUMENT_TOKEN_TO_BE_REPLACED